Howdy! My name’s Amy, and I was a Newmanite circa 2007-2009. I wasn’t on the NSS council, I wasn’t in the choir, I wasn’t baptised or married at the Newman center – the way Newman has deeply touched my heart and my life can’t be attributed to obvious Big Participation. I’m very happy to share with you how I spent my time at Newman back then and why you’ll see me popping up now and then even now. It’s going to inevitably be constructed as a composite of portraits (because of course, the people around you are what give any chapter in your history colour and depth) and snapshots of events; I’m not really a historian, so if homey tales are what you want you’ve come to the right place.

First of all, I chose McGill largely because of the NewmanCenter. I was a more-or-less freshly-returned Catholic (my then-boyfriend, now-husband Tony had led me back to the Church through a series of conversations and challenges at cégep), and I’d spent a lot of time with the daily-mass suburban parish crew (aka the over-70 club) and delightful as those men and women were, dear to me as they still are, I knew I needed peers in my faith other than Tony and the internet to move to the next level of Being Catholic.

That first summer, a small group of us did the Christopher West Theology of the Body DVD and discussion group series led by Sister Susannah, a Monastique de Jerusalem who was with us as campus minister before the equally well-loved Terrel. It was very fruitful for me personally. There were a lot of laughs and insights and ah-hah moments. The Theology of the Body remains a core part of my Catholicism, loosened and smoothed now into a less sharply-defined version, weaving into and integrated with my own experiences and reflections.

Now, if you never had the pleasure of meeting Sister Susannah, you need to imagine a near-constant Cheshire-like grin, a lot of laughter, and a very intense, intimate love of the Blessed Sacrament. When she wasn’t with her community or on a desert day she was reliably found around the center or in her office (now the Claude Ryan reading room). She was always ready to do counselling about painful experiences or to tell anecdotes about her time in Italy or about her past as a Seventh-Day Adventist or just listen to you vent about university life.

A lot of you do probably know Richard, who was our Director in those days. I’ll be brief about Richard since he is more likely to read this, and I don’t want to embarrass him, but as we all know he is one of the best human beings around and was a fantastic Director. My two images are Richard at Newman are of him and Kale cracking each other up over soup and bagels (I’ll try to keep references to people who’ve moved on down but Kale and Richard just pressed each others’ hysterically clever buttons in a way that was incredible, they had us rolling on the floor the entire time) and of Richard up in the common room, fingertips together, frowning in his thoughtful way as he chooses the best way to answer a question that’s been put to him. To my knowledge, he never let anyone down at that. (In fact, one of the questions I had for him was about the theology of Bl. John Henry Newman, whose approach has become an important part of my faith – full details here http://hosheana.blogspot.ca/2009/10/john-henry-newman-on-reason.html).

Our pastor was Fr. Sylvain, a wonderful francophone priest who’d occasionally ask you into his office to have you proof his pronunciation of key words in English homilies he was working on. When I think of the Divine Praises I still hear Fr. Sylvain’s voice: “Blessed be Sain’ Jozeph, ‘er mos’ chaste spoose [rhymes with moose]”. Father Sylvain formally received my husband, formerly Greek Orthodox, into the Catholic Church right up in the chapel.

So to get back to history, after that first summer, and with the personalistic context set, we move on to daily university living. I was a commuter in those days, travelling to and from Chateauguay (about an hour away by bus and metro) daily, so perhaps more than other students I saw Newman as my retreat. I plopped on those couches many times. I love to laugh and be with people but I also need a steady diet of quiet and calm to keep me going, and the NewmanCenter was the place for it.

That first year, I volunteered at a McGill conference about religion in the public square (an amazing experience!), I worked the lunch program for a semester or two, I went to the Newman Ball, I tabled for NSS and I helped fundraise for the Eucharistic Congress pilgrimage trip in 2008. Tony and I didn’t actually go to Sunday Mass often, because we were the token Latin Mass couple back in our day (and actually Fr. Sylvain’s uncle was our pastor over at St Irenée, the Latin Mass parish, at the time!), but we would go to Adoration and weekday Masses regularly. I started working that spring, and decreased to part time studies the following academic year, but the Newman Center continued to be my base.

Choose Life started in 2007 or 2008, if I recall correctly. I was on the exec from the get-go (I think I was VP communications), and we had at least a couple of events at the Center. I definitely remember going to an ice cream social at the Center in 2010, when my son was a tiny bean and the leadership torch had been passed on from Natalie to Lizzy, but I’m getting a little ahead of myself.

Tired of the commute, I decided to move to the Coach House in May 2009. I ended up only living there a few months, because we got engaged (Tony proposed right in the Coach House, actually!) and so in July I moved to a little apartment on my own to get the nest ready for our upcoming December wedding. While I was there, though, I enjoyed being right in the thick of things, eating with my housemates, visiting the chapel, and generally relishing being part of the succession chain of Newman residents. That was toward the end of my Newman time; I started working full time that fall and didn’t finish my degree at McGill, so between working, and then planning our wedding, and then being pregnant, Newman involvement basically decreased to zero.

However, the connections I made continued to take root, sometimes in ways that surprised me. There were a number of people I’d say I was friendly with in my actual university days, but with whom I wasn’t intimate friends. Once I left school, I figured that would also just fizzle out and become a nice memory. But, in a wonderful way, that hasn’t been the case. There are in fact several old Newmanites with whom we are closer now than we were at university. I suppose that, predictably, I (or I should say, we) maybe took a lot of the community for granted, the sense of communion and solidarity and easy smalltalk that comes from shared experiences; when we find each other now it’s like smelling a delicious childhood smell you’d nearly forgotten. The culture beyond university common rooms doesn’t really have as many spaces and opportunities to just hang out in an unstructured way and get to know people, nor does the world give you the sense of family the Church does.

A lot at Newman is the same. Y’all have your daily Mass, your fireside chats with the Bishop, SNS, bagel lunches, Bible studies, social justice events, and so on… the green donation jar for soup and bagels is the exact same one, Linda is still whipping you all into shape, and beyond a few cosmetic reconfigurations most of the art and furniture is also the same. I hope that despite working too hard, weathering inevitable cliqueishness and the drama of sin, dealing with heartbreaks and personal growing pains, the Center has been and will continue to be for you a refreshing sanctuary that will bear much fruit. Just remember, you get out of it what you put into it! And if you see me loitering, smiling to myself while I examine the familiar surroundings with more satisfaction than seems normal, with or without my preschooler at my feet, feel free to come over, say hi, and tell me what the Newman Center means to you! God bless you. 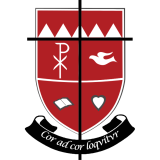